It’s that time of year again—the leaves are changing, the days are getting shorter, and there’s a chill in the air. The Bluebirds recognize when summer is over, and nesting comes to a halt. Our volunteers finish cleaning out the nest boxes and make repairs before the snow begins to fall. It’s the close of another season of monitoring, and now it’s time to review or efforts.

Our organization tries to collect accurate data while we monitor the 16 nest boxes in the Clarence area. We added 24 boxes from the Niagara County Golf Course, but our monitoring was limited this year due to flooding around the sites. We hope to have better conditions next year.

So, how did our little birds fare this year? Here are the quick stats from the 2019 monitoring season.

These numbers may seem high at first sight, but that’s because they include all the species of birds that utilize out boxes. Although we strive to aid the Eastern Bluebird (Sialia sialis), House Wrens (Troglodytes aedon), Tree Swallows (Tachycineta bicolor), Black-capped Chickadees (Poecile atricapillus), and House Sparrows (Passer domesticus) will nest in the same places.

Our Bluebirds attempted 16 nests this season. A nest attempt is any nest with at least one egg present. We also include nests constructed while monitoring the boxes even if there no eggs are laid. The reason we do this is because NestWatch needs “records of ‘actively used‘ nests, which correspond to nests that contain eggs or nestlings, or nests under active construction.”

Of the attempted Bluebird nests, we had a total of 56 eggs, 37 nestlings, and 28 fledglings. Eight of the attempts produced at least one fully-fledged young. Our success rate is average for the Bluebird monitoring we have done over the last seven years.

For the other species, there were 7 Tree Swallow fledglings and 21 House Wren fledglings. We did have a Chickadee nest at the beginning of the season, but there was no activity in it. As for the House Sparrows, an invasive species, we try to prevent any from nesting in the boxes. We had a few persistent little buggers, but we were able to deter them from having any successful broods.

We didn’t post as many updates this season due to time constraints. Our volunteers worked very hard and even took some photos of the various boxes and nests. Here are just a taste of what we experience. 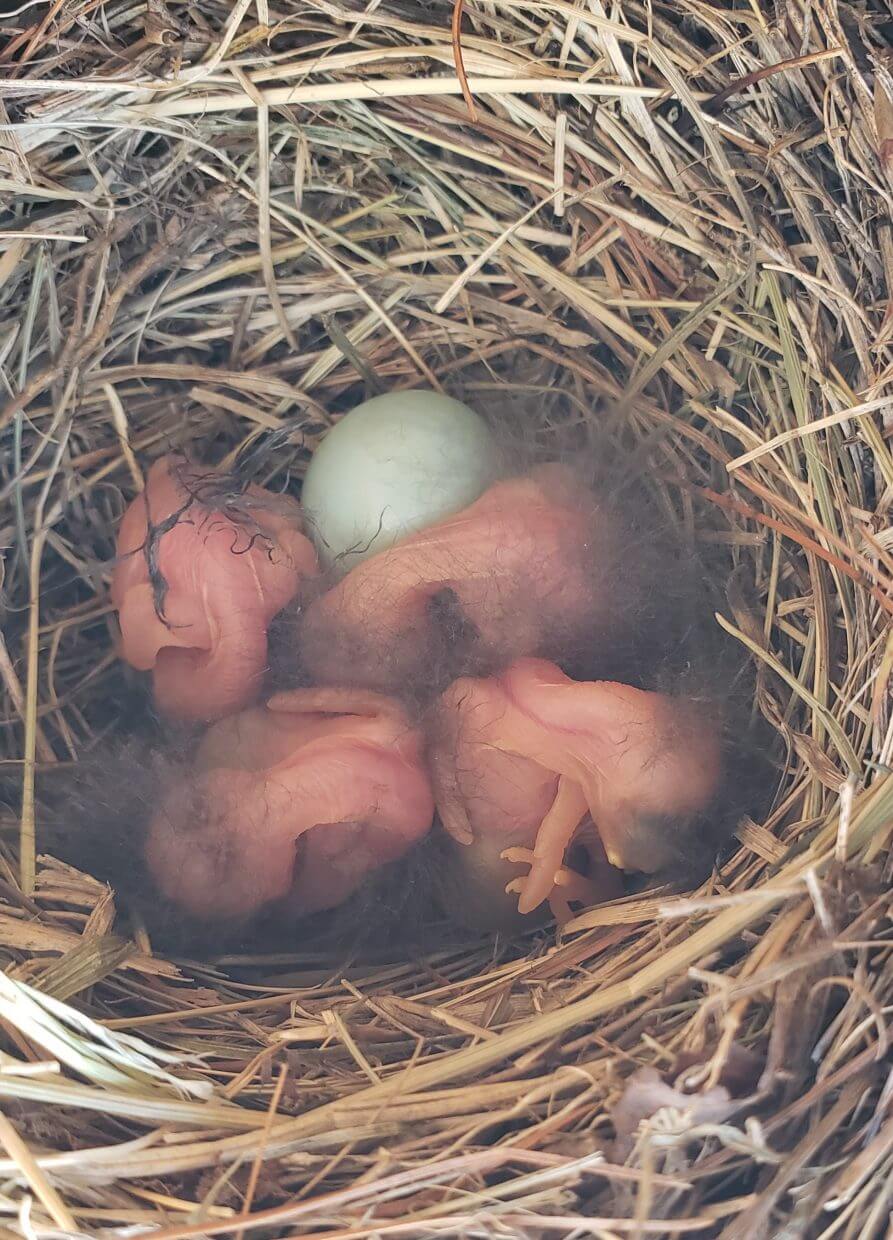 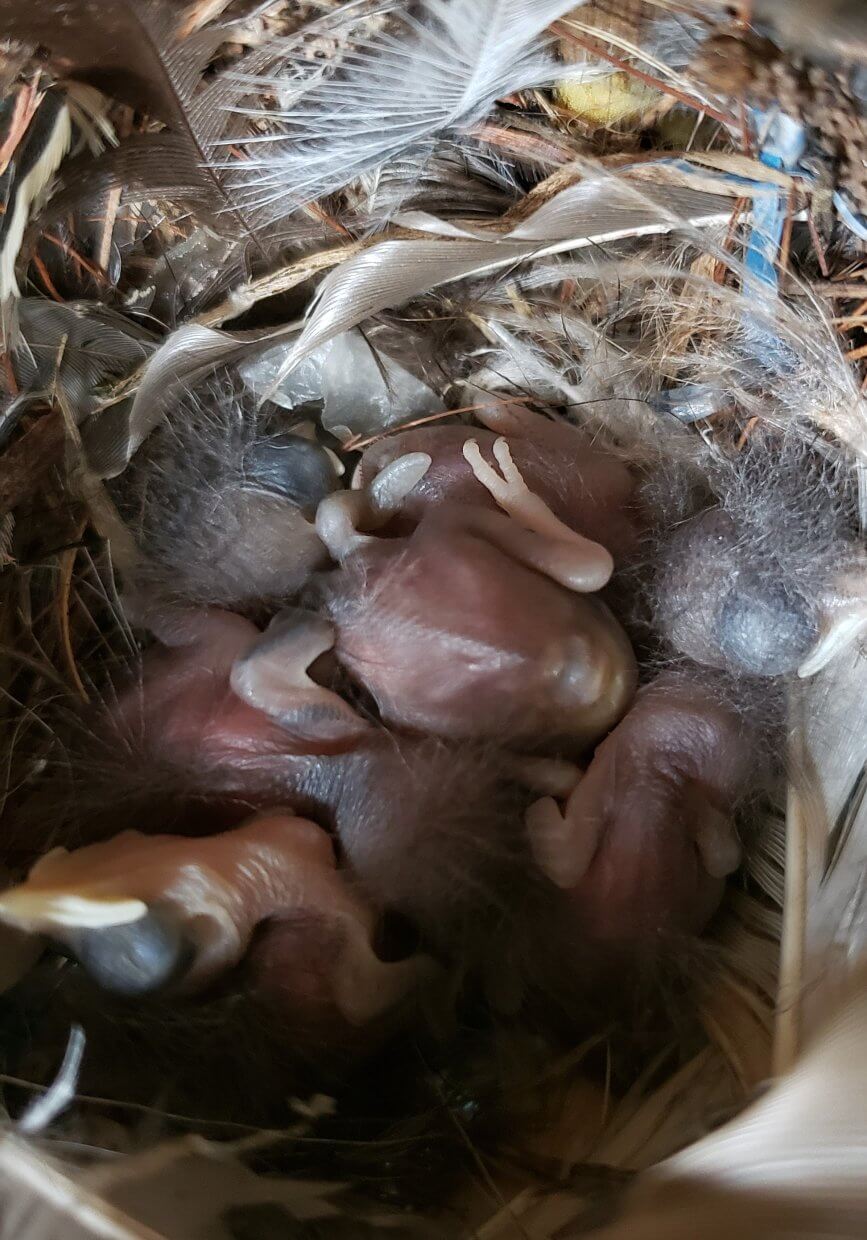 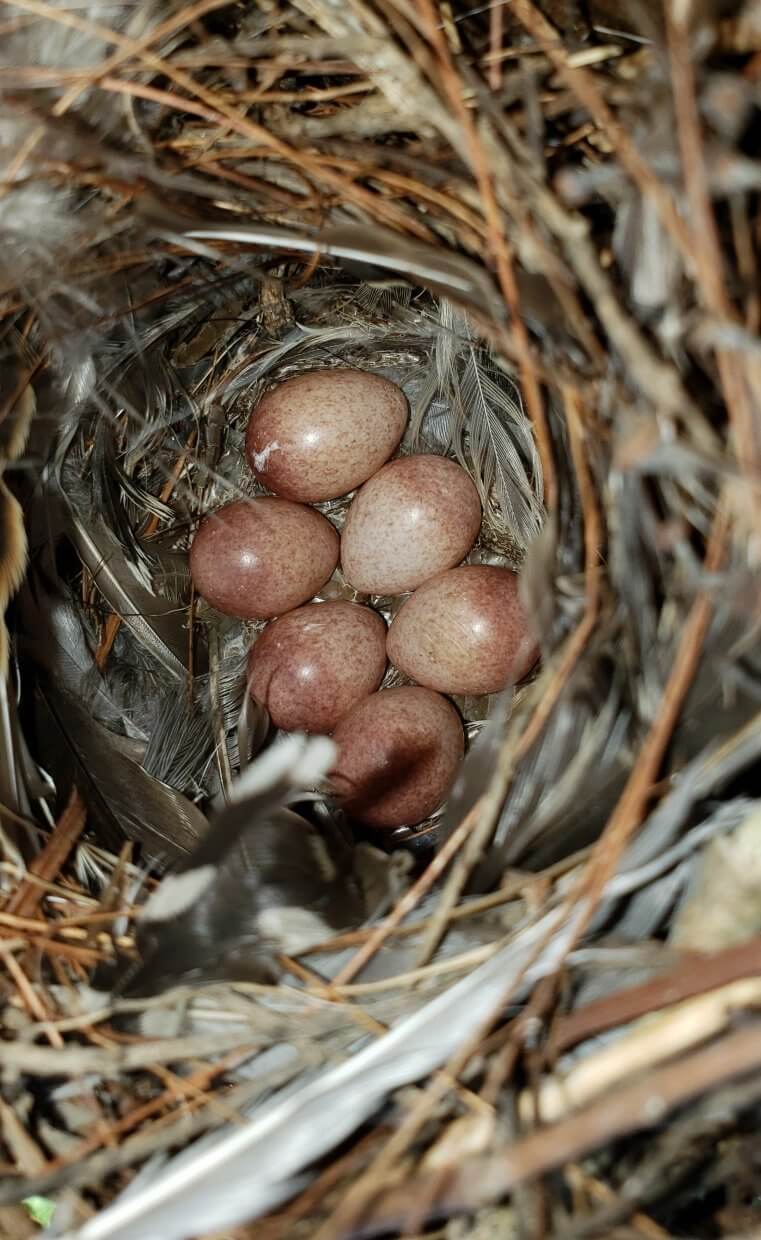 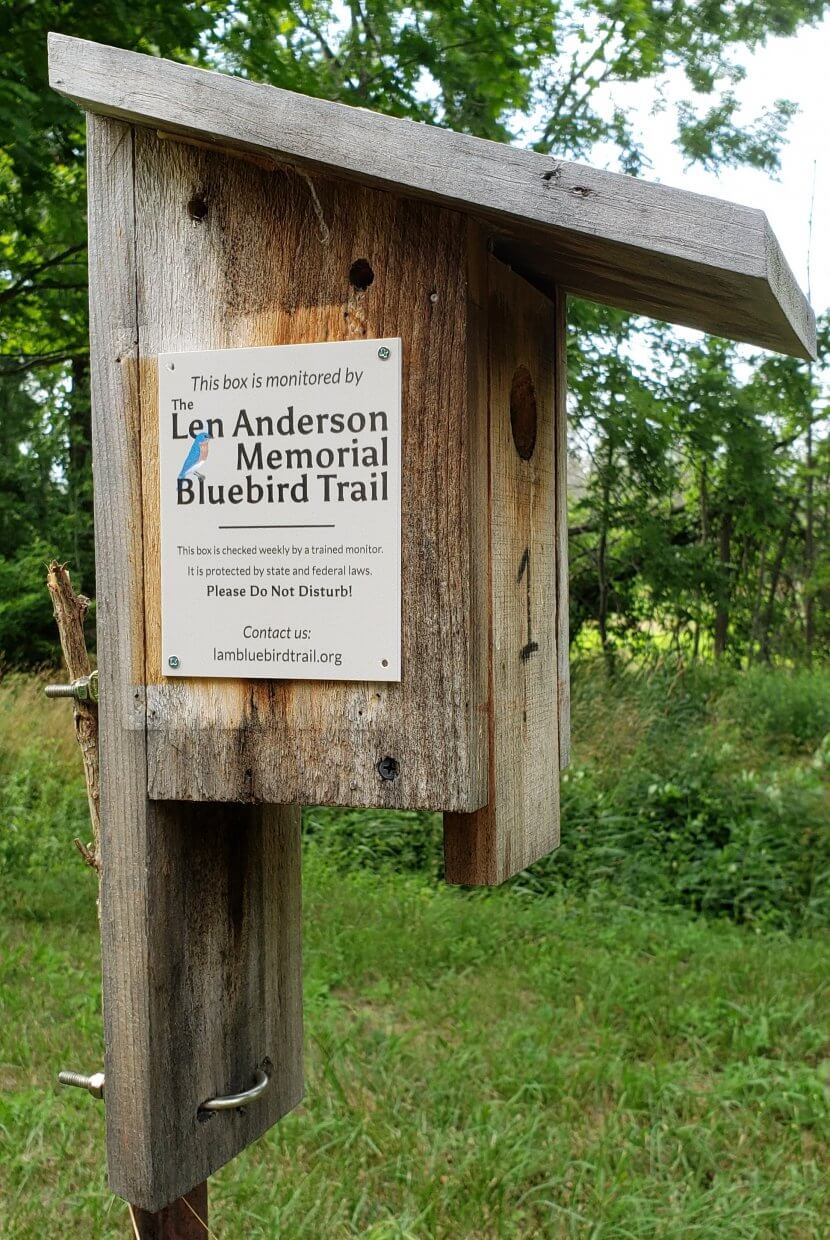 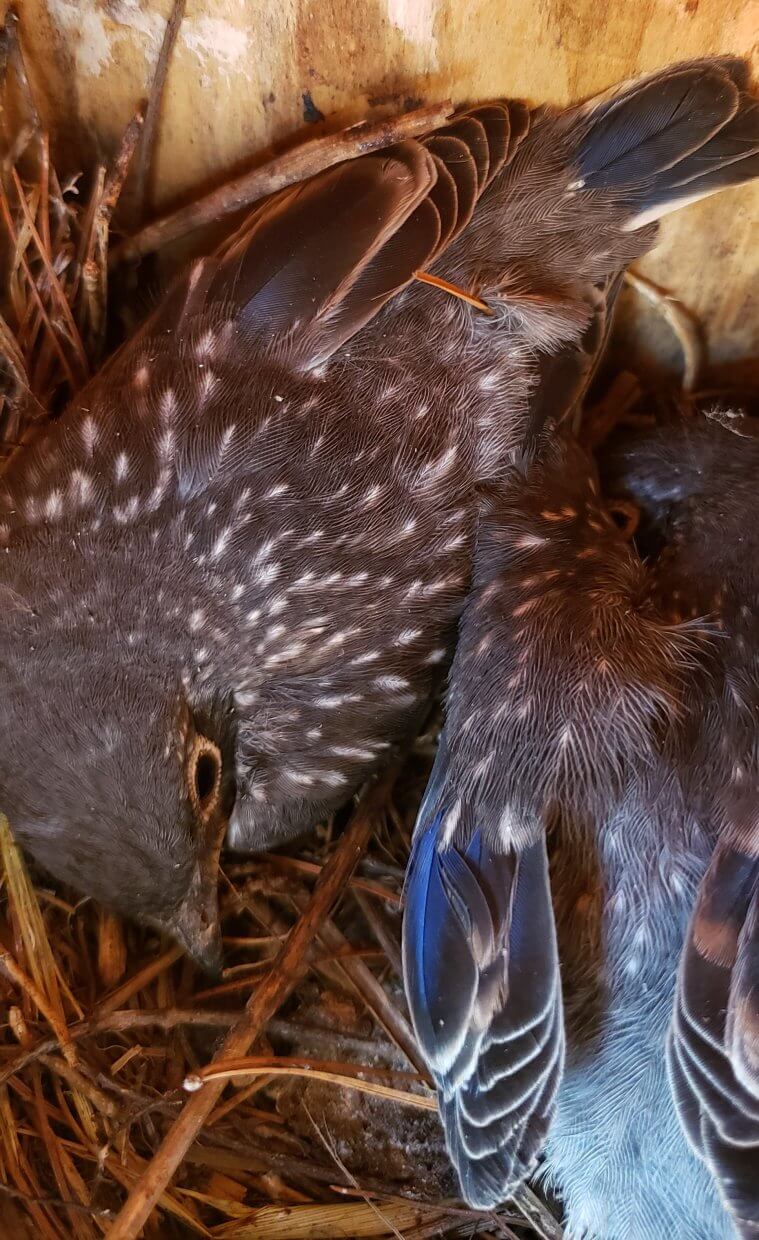 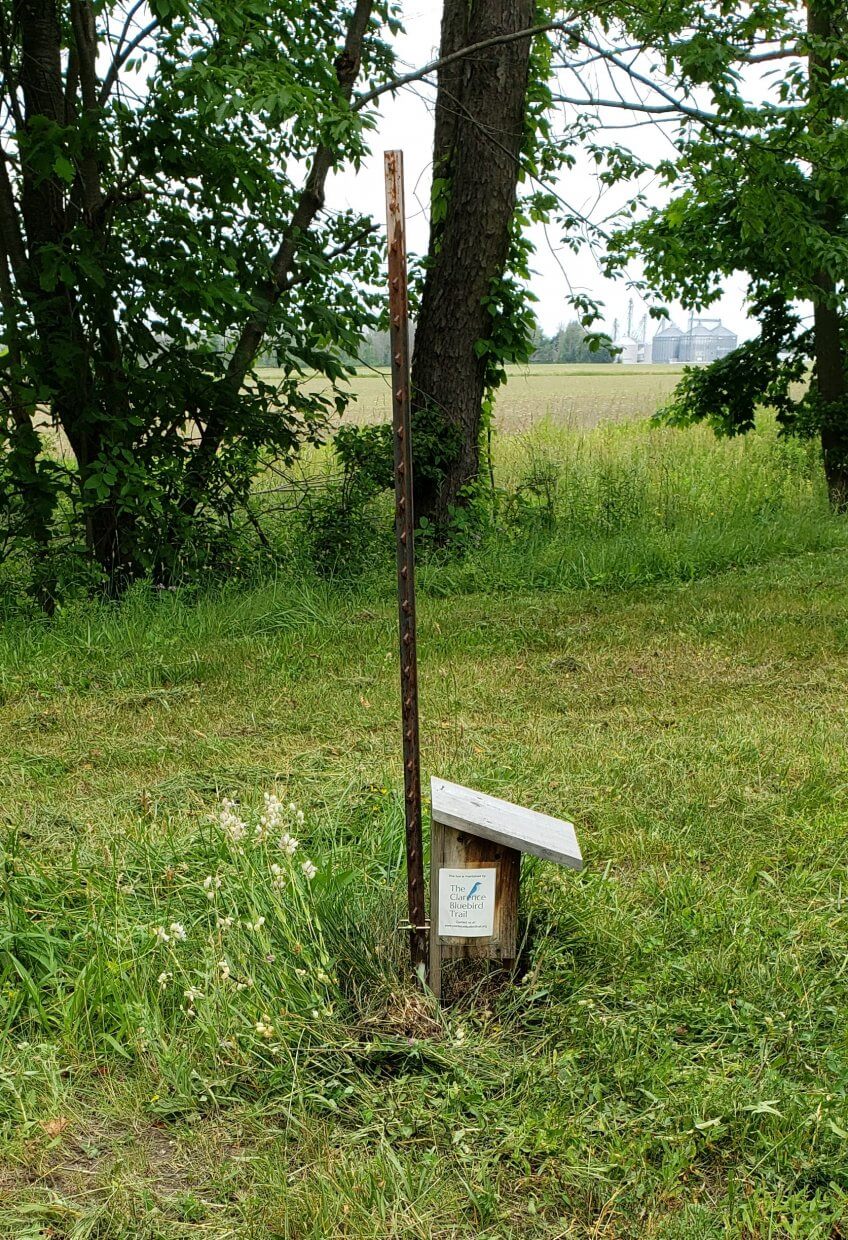 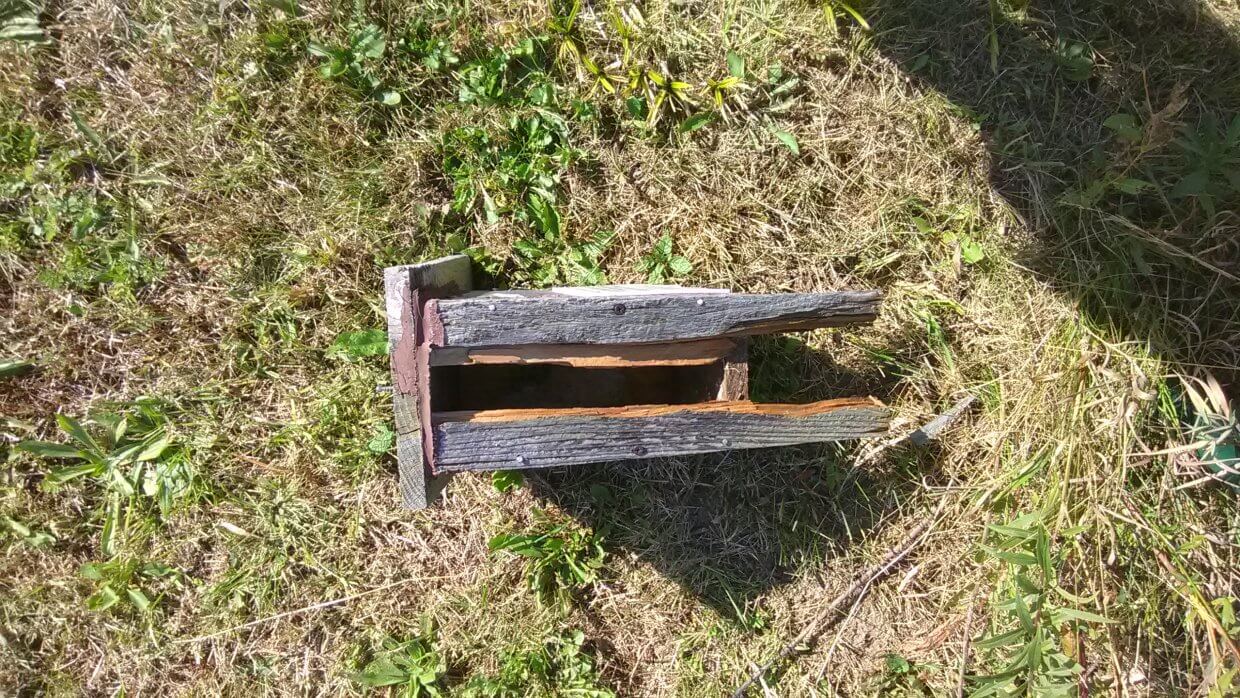 Our volunteers have done a great job, and they deserve a little break until spring. I still have to compile all the data into charts and graphs and present them to our group at the next meeting (TBA). Oh, well.

Enjoy the changing seasons and watching the birds that decided to stick around for the winter.