Fall is in the air, and the birds are preparing to head to warmer pastures or snuggle down for the colder weather. Our little group has finished with our nestbox monitoring for the year, and we were pleased to watch the many young birds fledge from our boxes.

The Len Anderson Memorial Bluebird Trail consists of nestboxes in both the Erie and Niagara counties. With 40 boxes to check during the height of Bluebird breeding season, it has been a busy year for us. We have 16 boxes spread out in four locations in Erie County and 24 boxes at a golf course in Niagara County.

Here are some quick stats from the two counties:

We couldn’t be more proud of our 95 fledglings. We worked hard to keep the boxes clear of predators, pests, and invasive species, and the numbers show what a little hard work can achieve.

Of course, these numbers include all the species of birds that utilize our boxes. We strive to aid the population of our state bird, the Eastern Bluebird (Sialia sialis). Still, House Wrens (Troglodytes aedon), Tree Swallows (Tachycineta bicolor), Black-capped Chickadees (Poecile atricapillus), and House Sparrows (Passer domesticus) will nest in the same places.

Our Bluebirds attempted 39 nests this season. A nest attempt is any nest with at least one egg present, but we also include nests constructed while monitoring the boxes even if no eggs were laid as actively used nests.

Of the attempted Bluebird nests, we had 218 eggs, 81 nestlings, and 64 fledglings. Sixteen of the attempts produced at least one fully-fledged young. Our success rate is average for the Bluebird monitoring we have done over the last nine years.

For the other species, there were 2 Tree Swallow fledglings and 5 House Wren fledglings. We did have a Chickadee nest at the beginning of the season, but there was no activity in it. As for the House Sparrows, an invasive species, we try to prevent them from nesting in the boxes. The persistent birds made many nest attempts, and our job was to remove them and any eggs as quickly as possible. We successfully prevented 147 House Sparrow eggs from hatching and becoming a nuisance or danger to the other birds.

You can find the full collection of stats here.

Our volunteers have done a great job, and they deserve a little break until spring, but we still have some work to do before the first snowfall. We want to make sure our nestboxes are in good repair for the returning birds. Many Bluebirds will search for a nesting spot as early as late February and early March.

In the meantime, I’ll leave you with some photos from our breeding season. 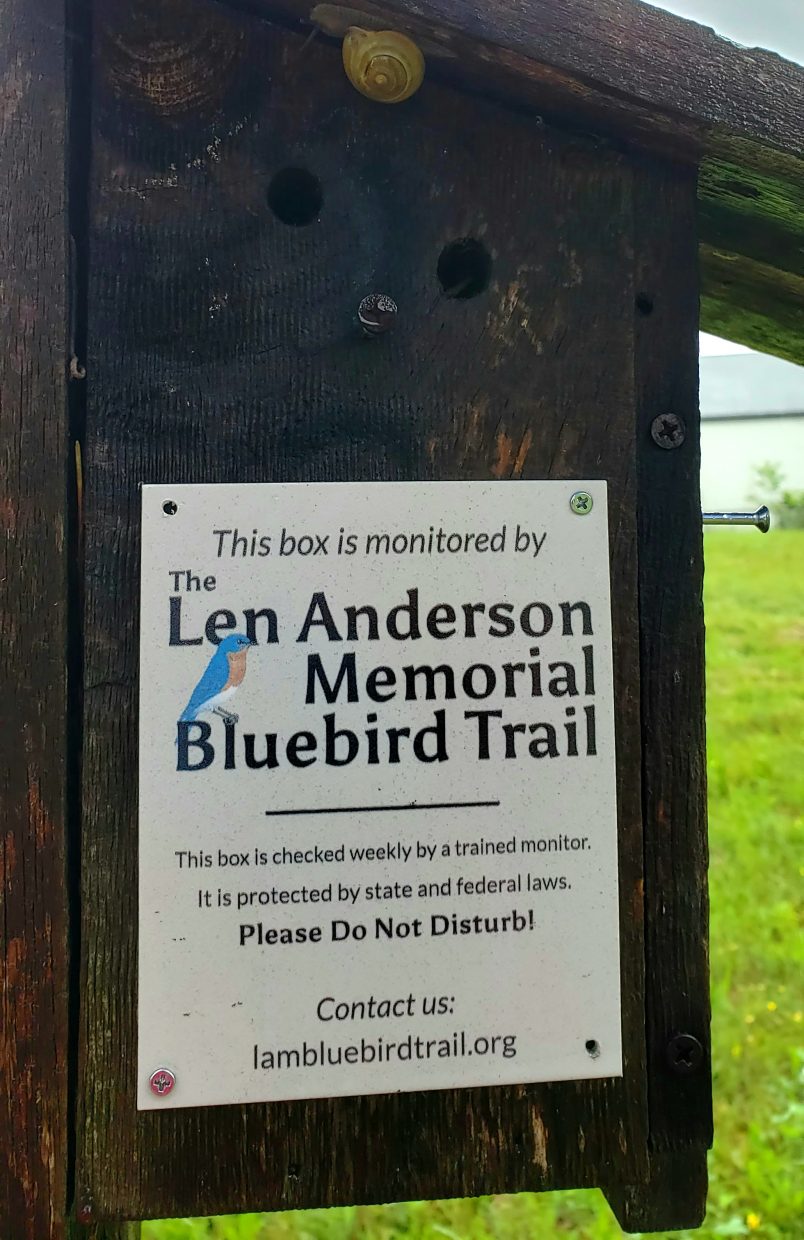 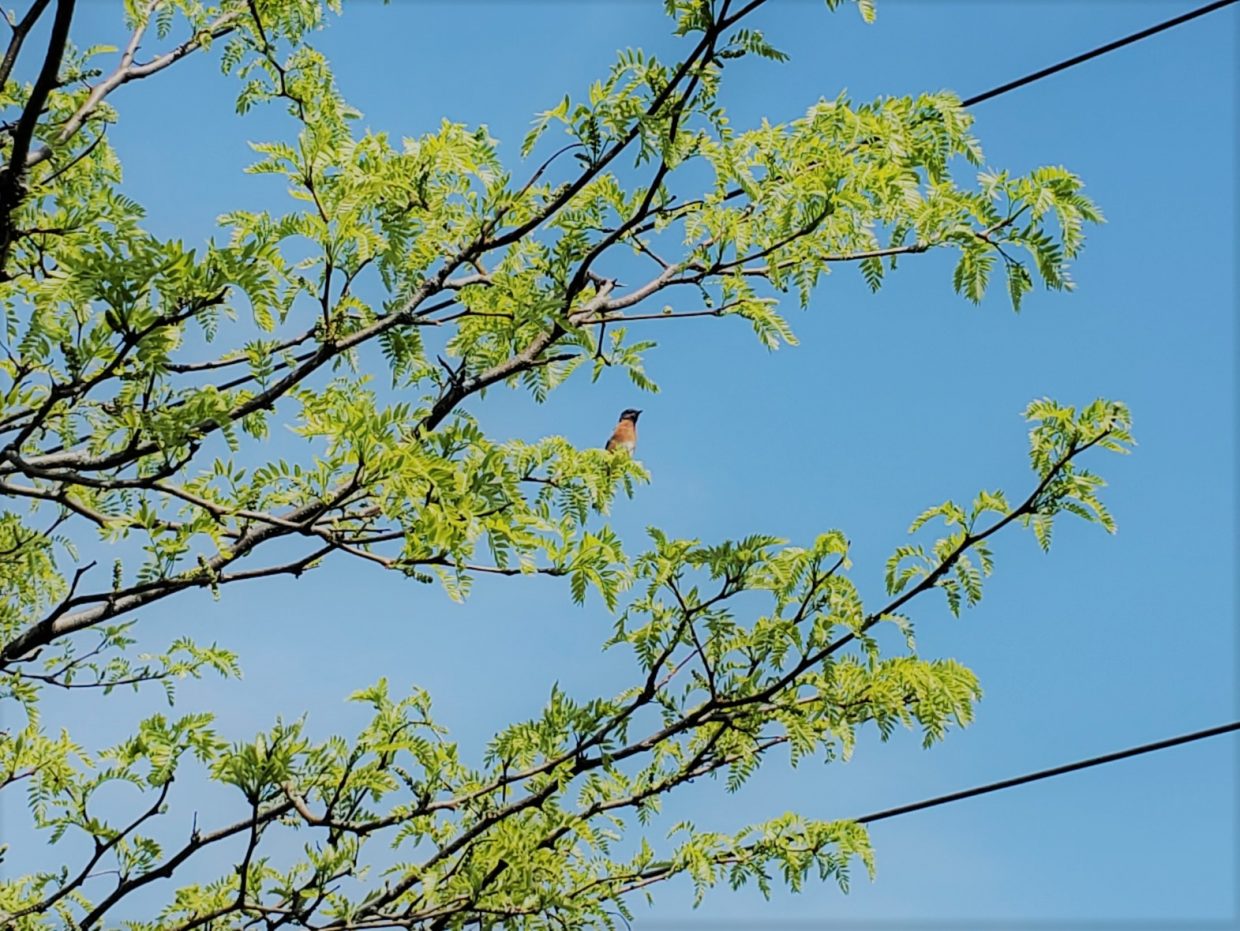 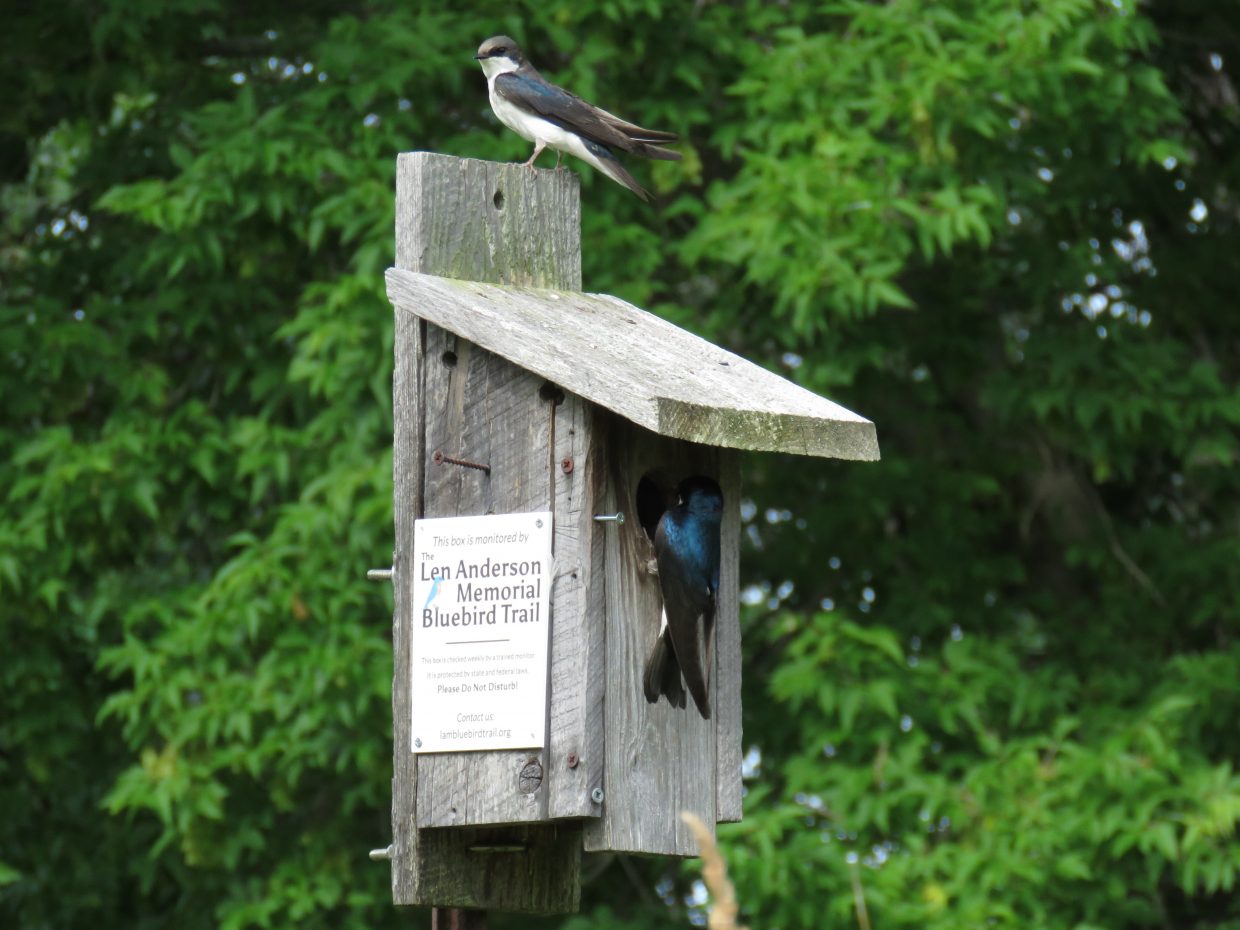